Safety built on a foundation of gunpowder 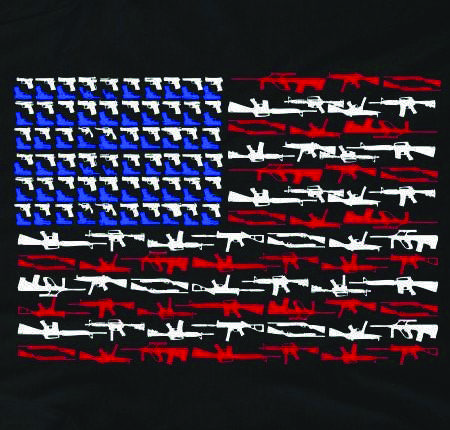 Gun violence has recently become a major problem within the United States. Last year alone, there were over 52,000 gun-related incidents, resulting in over 13,000 deaths. These incidents could be anything from mass shootings, accidental shootings, or someone using a gun for defense. After the sudden rise last year, the Obama administration has worked to put new gun safety laws into effect that will hopefully make a difference in the amount of gun related deaths that take place each year. These laws include several new ideas, as well as the renovation of some older ideas, all of which focus on doing anything possible to slow the amount of deaths by guns.

The new laws should take effect at some point in 2016, with several significant additions such as a change in the background check system. With the new laws, someone must have a license to sell guns, even if it is only one or two, and the sellers must conduct background checks on each person to whom they plan to sell. If a seller fails to comply, there are several penalties in place. For those who willfully sell without the required license, they could face up to five years in prison and up to $250,000 in fines. Failing to conduct the necessary background checks also results in facing punishment.

Throughout the years, more and more people avoided the background check while purchasing a gun by buying through a trust or corporation, rising from fewer than 900 in 2000 to over 90,000 in 2014. They were able to do this due to outdated regulations in the system. Now, buyers would no longer be able to avoid the background check in this way.

Besides this, there are also plans to make the background check system more efficient and effective. The FBI will hire more than 230 additional NICS examiners, which stands for or National Instant Criminal Background Check System, and many other staff members to help process the background checks. They will process them around the clock to finish as many as possible within the three-day period before a dealer can sell a gun even if a background check isn’t complete.

Another plan that will be set into motion with the new gun laws is the plan to make communities safer from gun violence. There will be 200 new ATF, or Bureau of Alcohol, Tobacco, Firearms and Explosives, agents hired to help enforce the laws. There is $4 million being dedicated to track illegal online firearms trafficking, as well as the finalization of a rule to make sure sellers who ship guns notify someone if a gun is lost or stolen.

Moving in another direction, there will be a $500 million investment to make mental health care more accessible. Within the new background check system, a rule is being put into place to include information about those who are not allowed to possess a firearm for mental health reasons. Another rule is being finished that will remove unnecessary legal barriers preventing states from giving information about people not allowed to own a gun for mental health reasons. However, only about four percent of gun violence is caused by someone with a mental illness and, while those with a serious mental illness are three to four times more likely to be violent, the vast majority of people are not violent and never will be.

The states and local governments have been called on to do everything they can to keep guns out of the wrong hands and make everything safer for the people of the United States. Even private-sector leaders have been called on to make decisions to make it more difficult for those who are dangerous to retrieve a gun. There will be many changes with the new gun laws  and a chance to make a great difference in the United States.