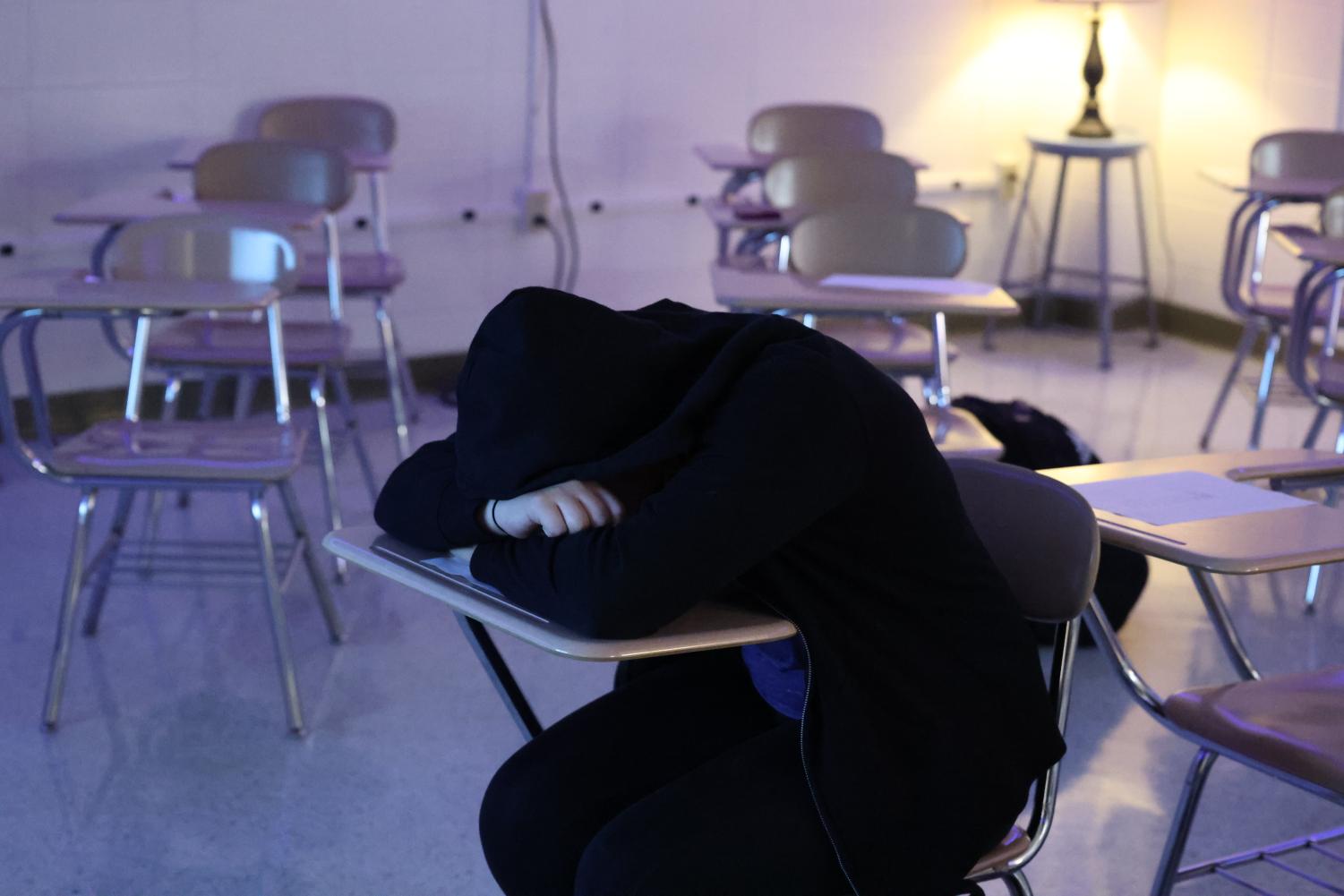 A student showing signs of depression.

Mental Health is Still Underrepresented in 2022

Loneliness filled with depression, anger, and anxiety pushes MHS students to a dark place. Mental health is vastly belittled; causing a severe lack of knowledge on the subject. This lack of knowledge could be incredibly damaging to society, so if this is true then why is mental health so marginalized?

Mental health, surprisingly, dates back to 1100 B.C. The ‘cure’ to mental illnesses were traditional Chinese medicines (herbs or acupuncture) and emotional therapy. So if mental health is about 3120 years old, then mental health is not a new area of medicine. So another issue must be causing this lack of knowledge plaguing mental health.

Mental health has an appalling stigma stuck in this area of medicine. This comes from two points: causes of mental illnesses/disabilities and the outcomes that could come from these mental illnesses.

The causes of mental disabilities are relatively unknown, an example is Autism. Autism Spectrum Disorder (ASD) has no specific cause, some believe ASD happens at birth, some believe ASD is from the environment, and others believe that ASD has mixed causes.

Mental illnesses, on the other hand, do have causes that could trigger some people. Mental illnesses like PTSD (Post Traumatic Stress Disorder) and PTSD-C (Complex PTSD) are caused by adverse events during life, this could be anything from war, sexual assault/rape, abuse, and other extremely traumatic events.

According to The United States Centers for Disease Control and Prevention, almost 25% of LGBTQ+ students attempt suicide and 45% seriously consider attempting suicide. In comparison, their straight counterparts account for less than 7% of suicide attempts.. This is, in part, due to almost 75% of LGBTQ+ students facing discrimination The Trevor Project states in their new report.

It is crucial to understand the danger of these numbers after acknowledging the fact that the Trevor Project 2022 National Survey concluded that “LGBTQ youth who found their school to be LGBTQ-affirming reported lower rates of attempting suicide.” Followed by 60% of those who identify as LGBTQ+ not having access to mental health care.

In light of this information, there are resources for people who have mental illnesses or disabilities, some being exclusive to our school. If you need to meet with someone, our school has a social worker, Ms. Alejandra Shaffer. If you are concerned about your mental health MHS has a therapist, Mx. DJ Boits. If it is an extreme emergency the suicide and crisis lifeline is 988.